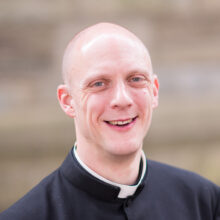 Father Wall has been Rector of St. Paul’s since 2015. Prior to coming to St. Paul’s, Fr. Wall served as Rector of St. Andrew’s Episcopal Church, State College, in the Diocese of Central Pennsylvania from 2009-2015. He was born in South Staffordshire, England, and did his undergraduate and seminary work at Oxford, studying at Christ Church and St. Stephen’s House, respectively. Sponsored for ordination by the Diocese of Liverpool, he was ordained in Chelmsford Cathedral in 2002, and served as Curate for nearly three years in commuter-belt Essex. In response to a call from St. Clement’s, Philadelphia, he ‘crossed the pond’ on Valentine’s Day, 2005; he served as their Curate for four years.

Monica Berney holds a Bachelors and Masters in Organ from Rice, where she studied under Ken Cowan, followed by a Diploma in Organ Performance from Curtis. Her background includes various positions at King of Glory Lutheran Church in Dallas, TX, St. Vincent Ferrer and St. Catherine of Siena in NYC, and Christ Church Cathedral, Houston, TX, where she worked with Grammy Award winning choir director Robert Simpson. Monica joined the St. Paul’s staff in August of 2022. 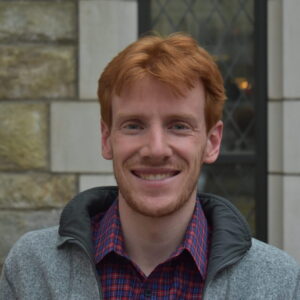 Dylan Thayer has worked in churches and ministries from Seattle to South Africa. He served as Christ Church Kensington’s Director of Youth Ministries from 2014 to 2016. He graduated with his B.A. from Hamilton College in 2013 and his J.D. from Vanderbilt University in 2019. A longtime friend of St. Paul’s, Dylan has been a dedicated Grate Patrol volunteer since 2011 and joined the staff in 2020. 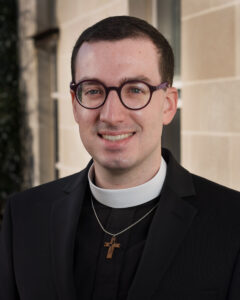 Ethan Bishop-Henchman is especially passionate about the intersection of social justice and voluntary action and is looking forward to exploring this passion at St. Paul’s. A native of Vermont, Ethan graduated from St. Lawrence University in upstate New York. Outside of his diaconate work, he serves as an Operations Director for a local public policy center. Ethan currently resides with his husband, Joe, and their enormous black lab, Magic.